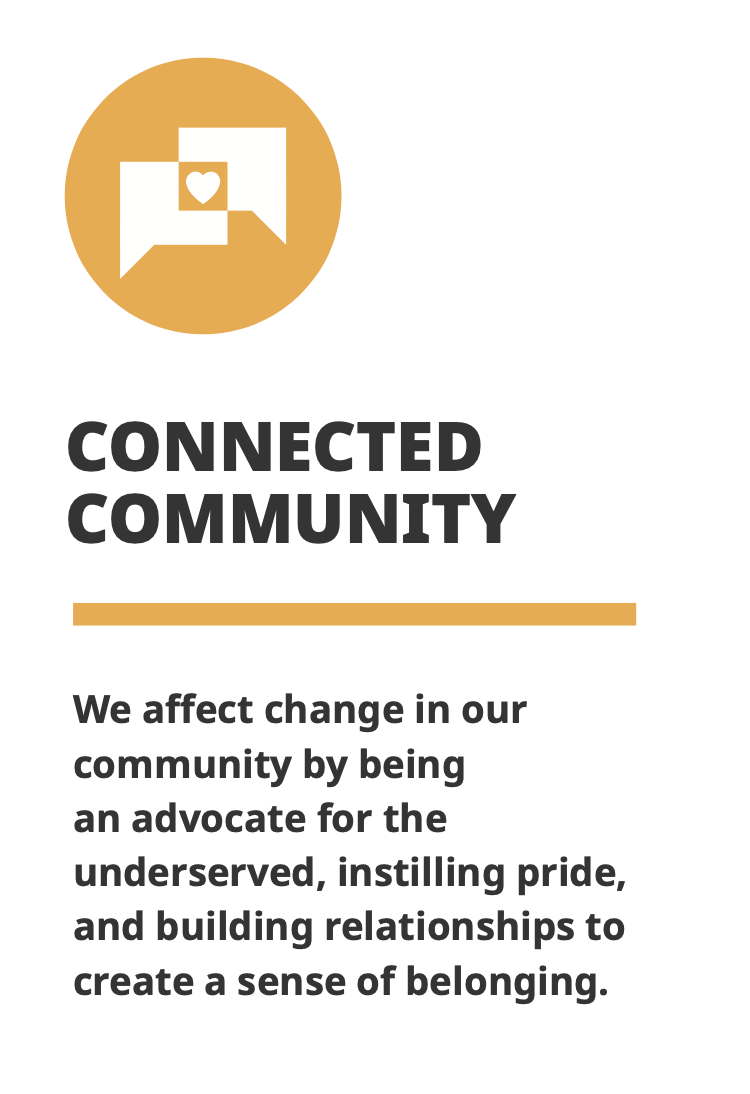 We affect change in our community by being an advocate for the underserved, instilling pride, and building relationships to create a sense of belonging.

We are not only equipping the area’s nonprofits with the tools and resources to be resilient and impactful, but we are taking a deeper look at the nonprofit sector as a whole to ensure that our community thrives. At the same time, we continue to support and grow initiatives that support equity through a variety of lenses including race, gender, and ability. As we examine what it means to be an equitable community, we recognize it begins with how the Community Foundation weaves equitable practices through everything that we do. Below is a sample of what we achieve when we marry the generosity of our donors with the hard work of our community partners. With your help, we can do more.

Nonprofits often do not have the resources needed to invest in their own professional development and training for their staff. This can lead to growth limitations within the organization, particularly around fundraising and leadership. This is why we’ve offered the following training for nonprofits at a very low cost:

Empowering nonprofits to raise money for their own sustainability is key to creating a lasting impact. We incentivize nonprofits opportunities to raise money through the following giving initiatives with matching dollars, toolkits, and templates for ease:

Women and girls in our community make less in their salary than their male counterparts, are victims of violence at higher rates than the national average, and carry the disproportionate burden of caregiving responsibilities. This is why we established the Women’s Fund of Greater Fort Wayne. We continue to invest in women because we know it has a ripple effect, benefitting not just women and their families, but the greater community. We’ve done this by:

People of color face many obstacles throughout our community including advancement in their careers, equal pay, health disparities, and neighborhood segregation. While we know we have just begun our work, here is how we’ve helped:

Our Impact (all dates reflected since 2019):

49 Professionals graduating from IU School of Philanthropy with CFRM Certification